Posted by lieslharr@gmail.com on Jun 11, 2015 in Blog, Portfolio, Vector Graphics |

Who knew that there is so much detail in a bike? For this project we were given the assignment to create a vector bike of some sort. This bike could be anything that had 2 wheels, which left it open for possibilities.

My first thoughts on the project were to do a mountain or road bike, since that is what I usually ride. However, I was looking for reference material, and really liked the cutesy feel of a beach cruiser. When I think of beach cruisers I think of sunshine, warm weather, and beaches (of course!), and I wanted to try and capture that feeling in my design.

As I sketched I did break away a little trying out a unicycle, which I didn’t dwell too long on because it only has one wheel, some kids bikes, and some road bikes. Some were easier to draw than others, and I learned, again, that I have a hard time free-handing perfect circles. In the end I kept coming back to the cruiser, so that’s what I stuck with.

After doing some sketching, and looking to see what I could improve and how I could best implement the design on the computer, I went to work. My first draft is a little rough, but I think it has most of the essential elements to a bike present. Handlebars are a challenge, and hard to keep in perspective. I also learned some things about the pattern brushes for the bike chain, which proved useful. There are a couple of elements I struggled with here, but the basic outline is there. 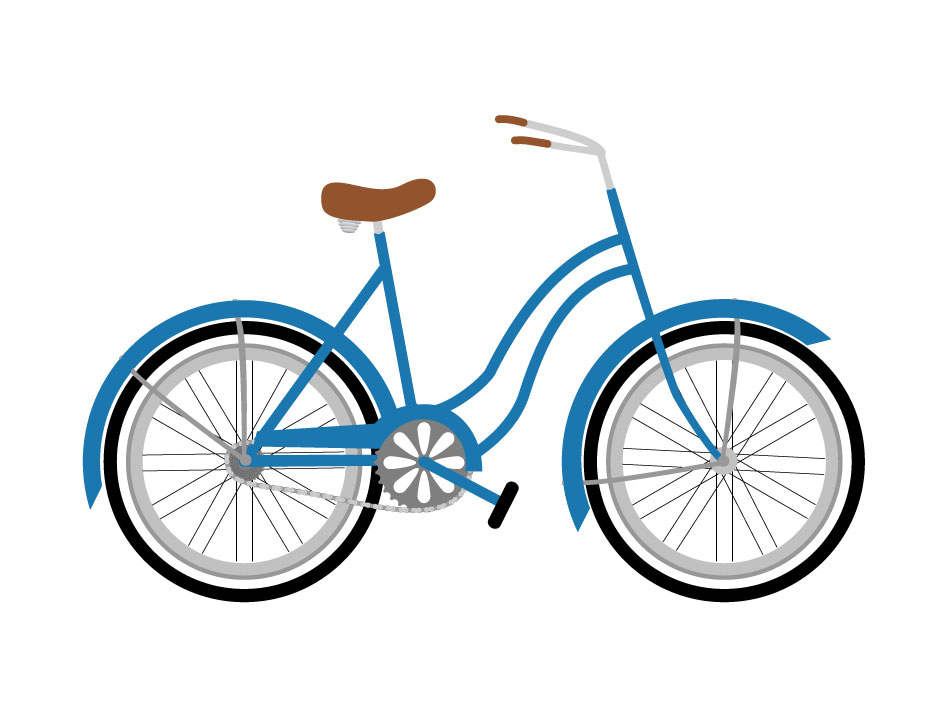 I continued to work, trying to improve the little inconsistences, especially related to the handlebars, and adding a little shadow to define the shape. I wanted to stay with the illustrated feel while still adding detail, so I opted not to use gradients in this project. I also worked on the spokes, and the way things attach to the bike. Overall I think this is pretty close. 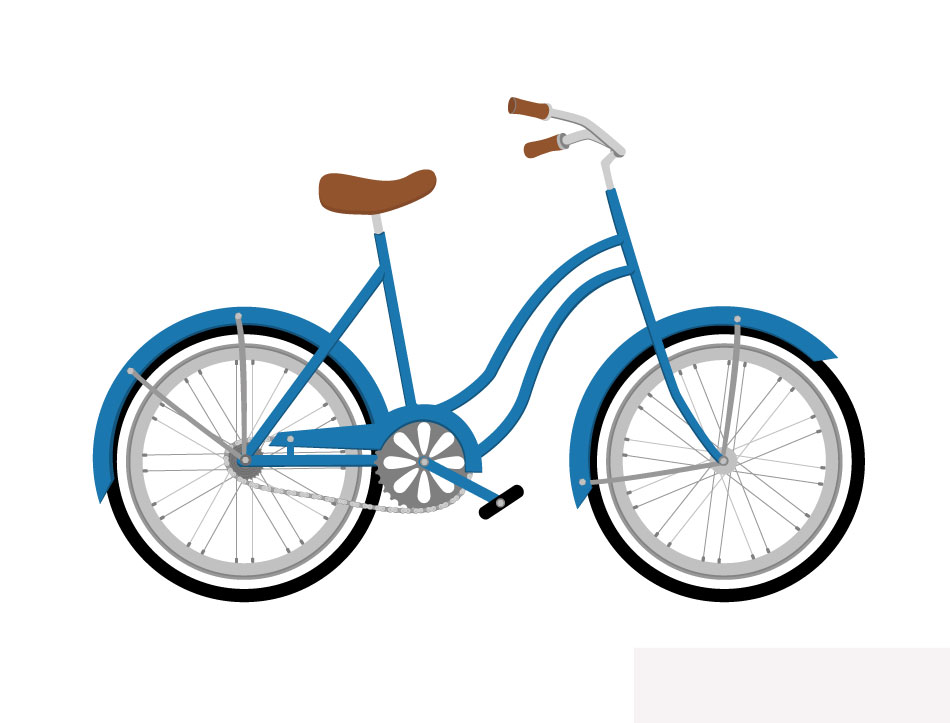 When I finished this draft, I noticed there were still some issues on the seat that needed adjusting, and the bike looked a little like I had copied it from one of my reference photos, even though there were a lot of differences, the overall feel was similar. I decided changing the color might help, and I made sure that I was taking elements from other reference photos as well. This version also adds details like the seatpost clamp to adjust the seat height, and the attachment for the handlebars to the bike frame.

Overall I think I was able to keep the illustrated feel I wanted, I had wanted to incorporate some of the emotions and images that come from beach cruisers, which the bright colors bring out, and I was able to incorporate a lot of the needed details without cluttering the design.