The Styl’n Stars are coming to Salt Lake to celebrate the 24th of July with the rest of Utah. Coming up with a concept seems to be half the struggle (maybe more) in completing projects. For this poster, parameters were again left open. We were to come up with a band name, and a poster that people would want to keep around.

This project followed an emotional roller coaster in my life, as a result, some of the concepts are happy and bright, and others are sad and depressed. I had a few favorites, specifically the ones in the open hills playing an instrument of some sort, because they reflected the freedom that I wanted, while one of them (the one with the bear playing the violin) also reflected the mood that I was stuck in. In my finial concept idea, I tried to keep the feeling semi neutral, while still having a story that goes with it. Because it was the 4th of July, with the 24th of July (Pioneer Day in Utah that is also usually celebrated with parades, fireworks, flags, and American Pride), I decided to stay with that theme as well.

My first draft was really rough. I had a hard time trying to figure out how to make the flag feel like it was waving, instead of just being static in the background. I tried a few different techniques, but it wasn’t working the way I wanted it to. I finally settled with using the blend tool to repeat the lines, and keeping the same wave in the flag all the way across. 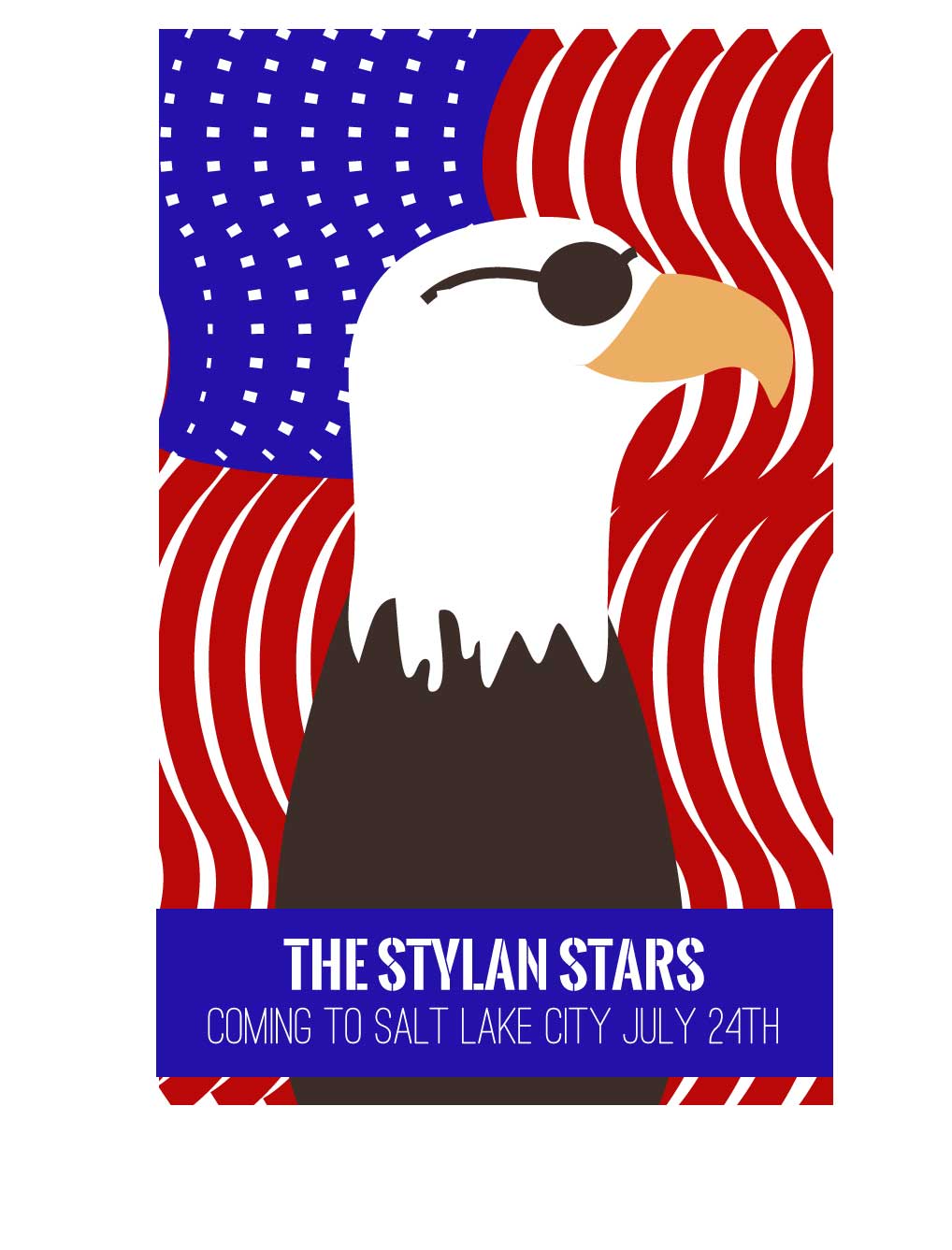 I received some good suggestions on how to improve this design. Some I had thought of, some I hadn’t. The main suggestions were to simplify, and wash the color out so it was more antique looking. I was also told to watch the rule of thirds, and try to utilize it more. Not the entire eagle needs to be shown, and it would make it more interesting if you have to fill in the rest by yourself.

I had a little more time to work on this draft, and I posted it to our class discussion board to see what other improvements I was missing. There are still some things I want to tweak, and there were other elements that were pointed out that I hadn’t thought about. One student suggested I work more on the sunglasses, which I know need work, but they gave me some ideas of what exactly was missing. I was also advised to add a texture, especially to the flag, to add more interest. 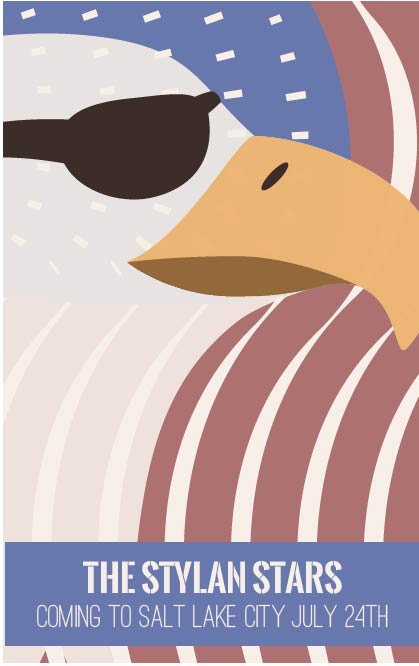 The Styl’n Stars are ready to perform in Salt Lake! This poster was fun to make, and I learned some new techniques to accomplish the vision I had for this project. Between the second draft and the final design there was a lot of little changes, which although they seem insignificant, they made a difference in the overall look of the piece. I think I was able to capture the majestic, proud attitude of the Eagle, and the freedom of this country. 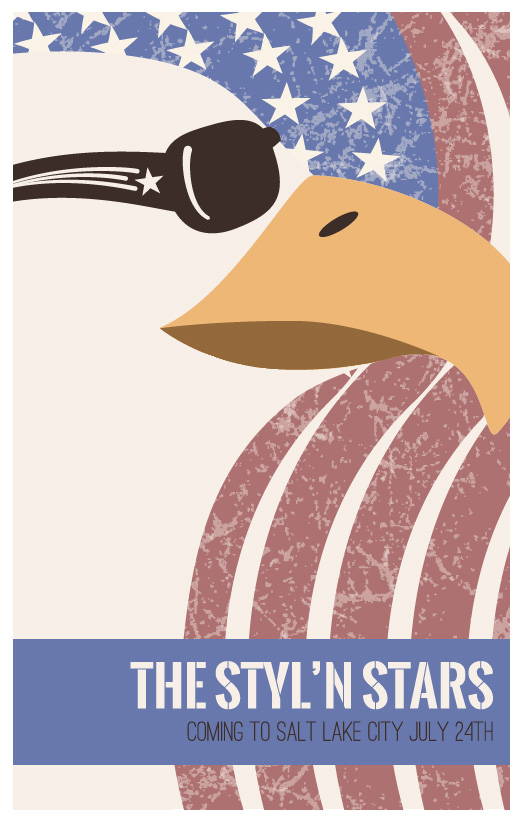