Posted by lieslharr@gmail.com on May 18, 2015 in Blog, Graphic Design, Logos, Portfolio |

What makes a good logo? How can you creatively combine two completely different ideas, and make them work together? There are so many different businesses out there, and so many different logos. Some work well, anad some don’t, but what makes the difference?  How do you make yours stand out? This was our task for this project.

Every student was given 3 different businesses, each a combination of a random noun, and a random business idea. The task? Combine them in such a way that both subjects are easily recognized, without just putting one object on top of another. Find a way to integrate the two together. However, this project was not just about learning how to create a logo, but about the creative process that gets us there.

Three business, six concepts, and two weeks to finish. Where do you start? What is the best way to combine these ideas? This stage is all about exploring your options. The 3 businesses that I drew to create combination logos for were Hedgehogs and Records, Heels and Bank, and Kangaroo and Food Eatery. The last project was then later replaced with Jedi and Mall.  This wasn’t the hardest set of logos ever, but not the easiest either. As you can see, I did a good amount of sketching.  I would usually try and sketch in a more profession place, but there are some times that when inspiration strikes, or you have a few minutes to try, you will take whatever you can get.

As I sketched these, I had some that I thought were good, and some that were possibly the worst ideas on the planet, but at this stage, it is important to get all the ideas out on paper then after a certain amount of time, work on developing these ideas into reality. Part of my problem is I tend to want to work on solving a problem until it is completed, and that led to quite a few long days throughout this process. I find that it is so easy to get preoccupied with homework that I don’t take any time for myself, and then I get burned out. I have found that a lifesaver for me is playing on a basketball team, which gives me a scheduled break from school. After getting that break it was easier to come back and get a fresh start. This allows for time to think without being solely focused on this project. Leave it alone for a little while, and take some time to break up your routine a little bit. Then, as you come back to your project, inspiration will strike. 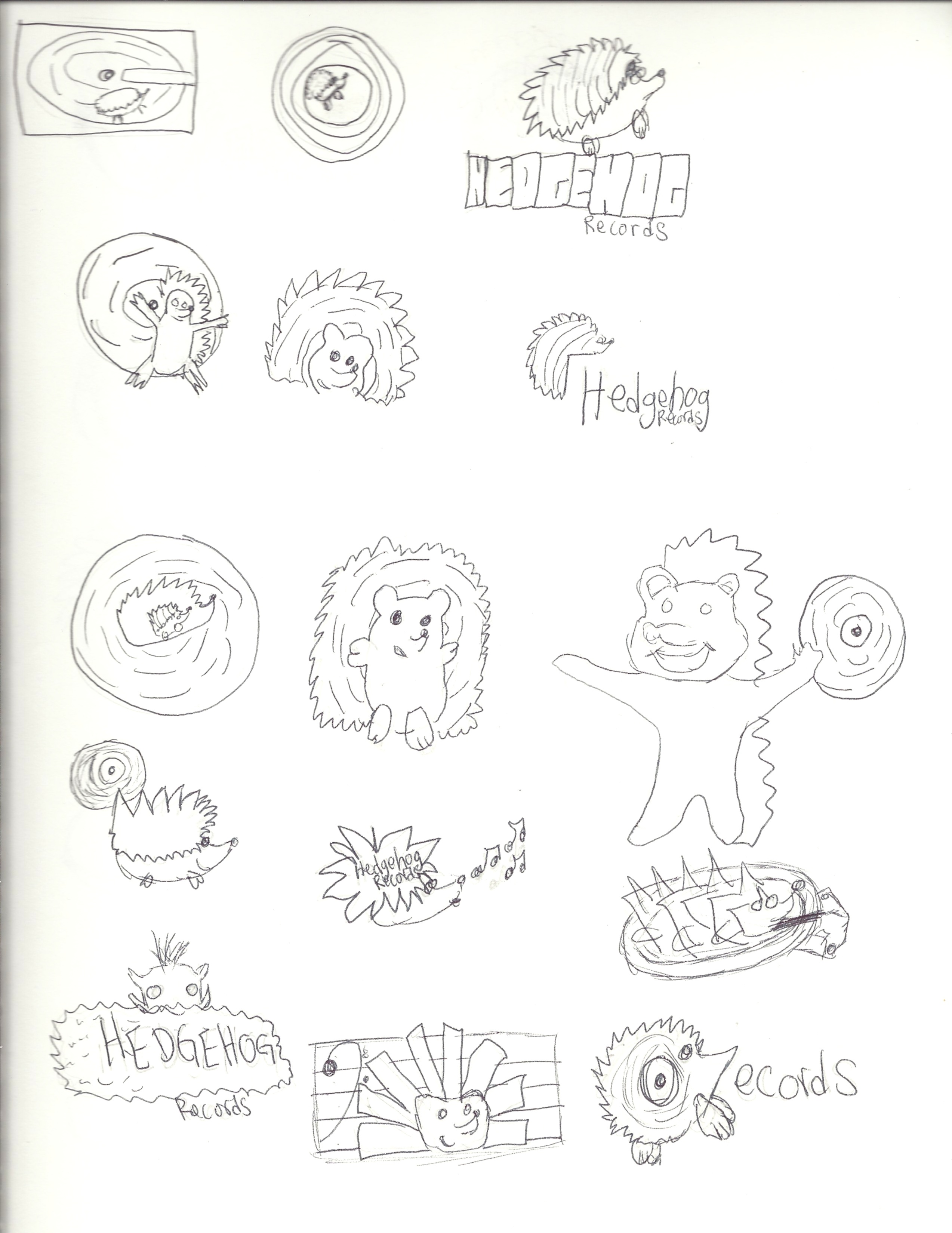 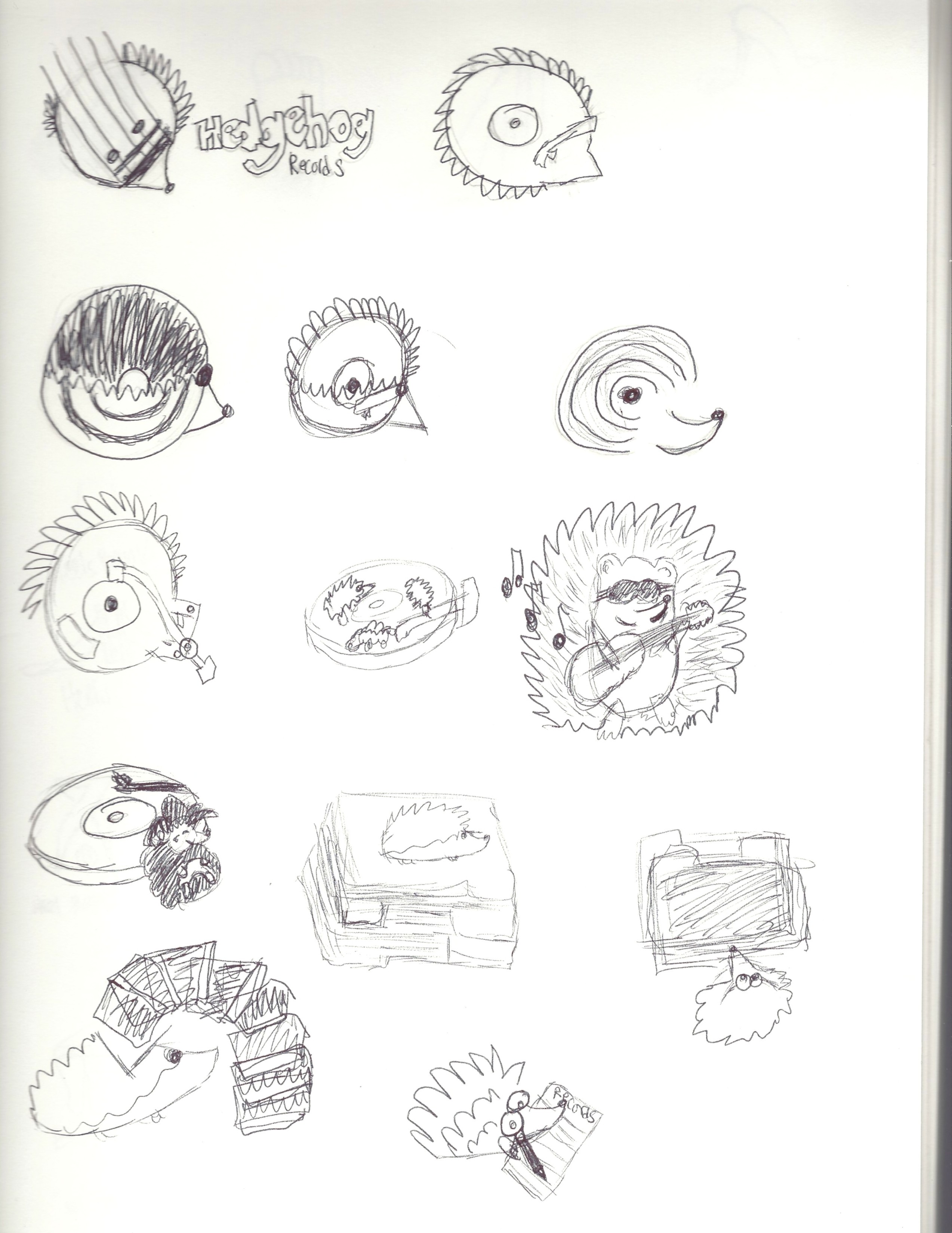 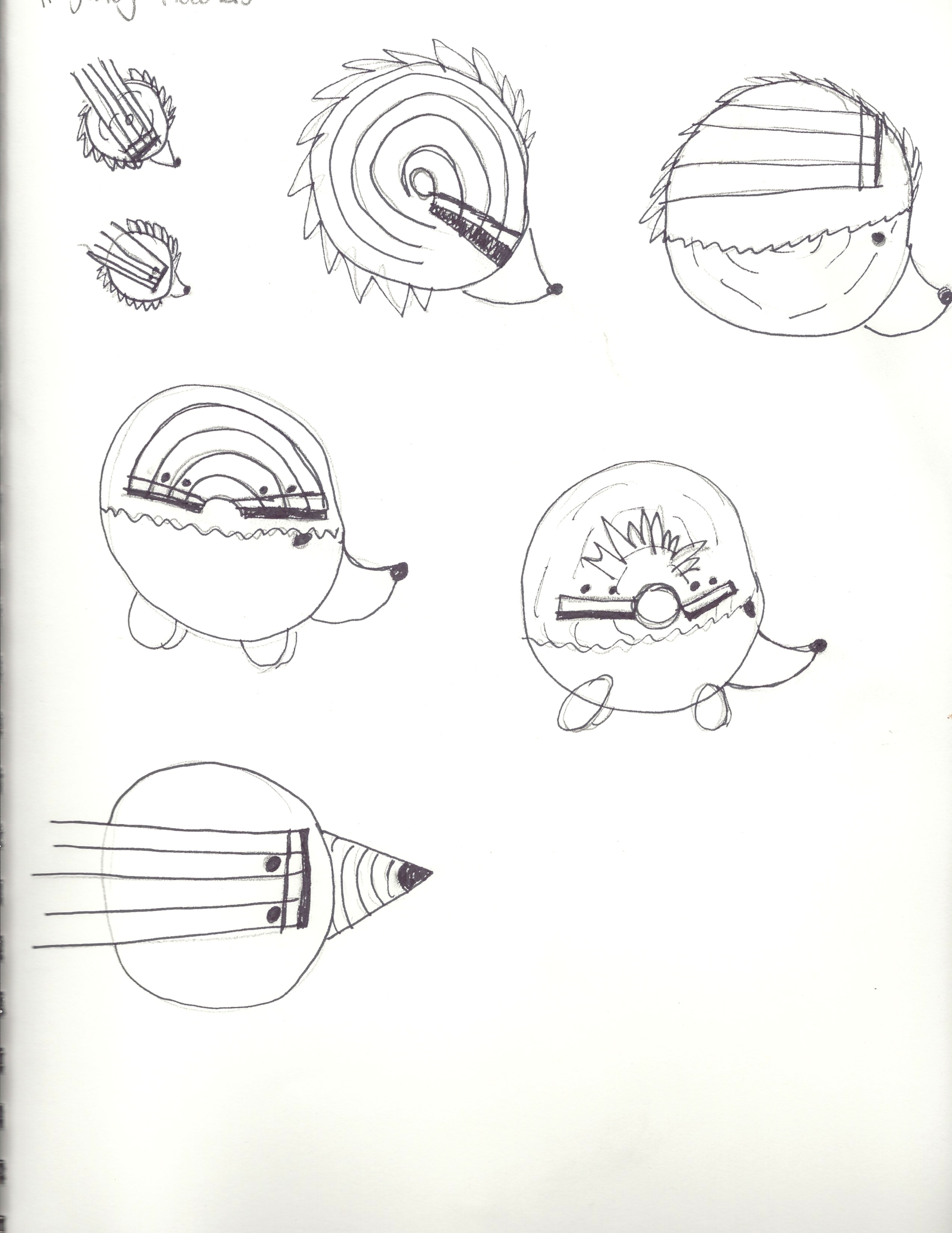 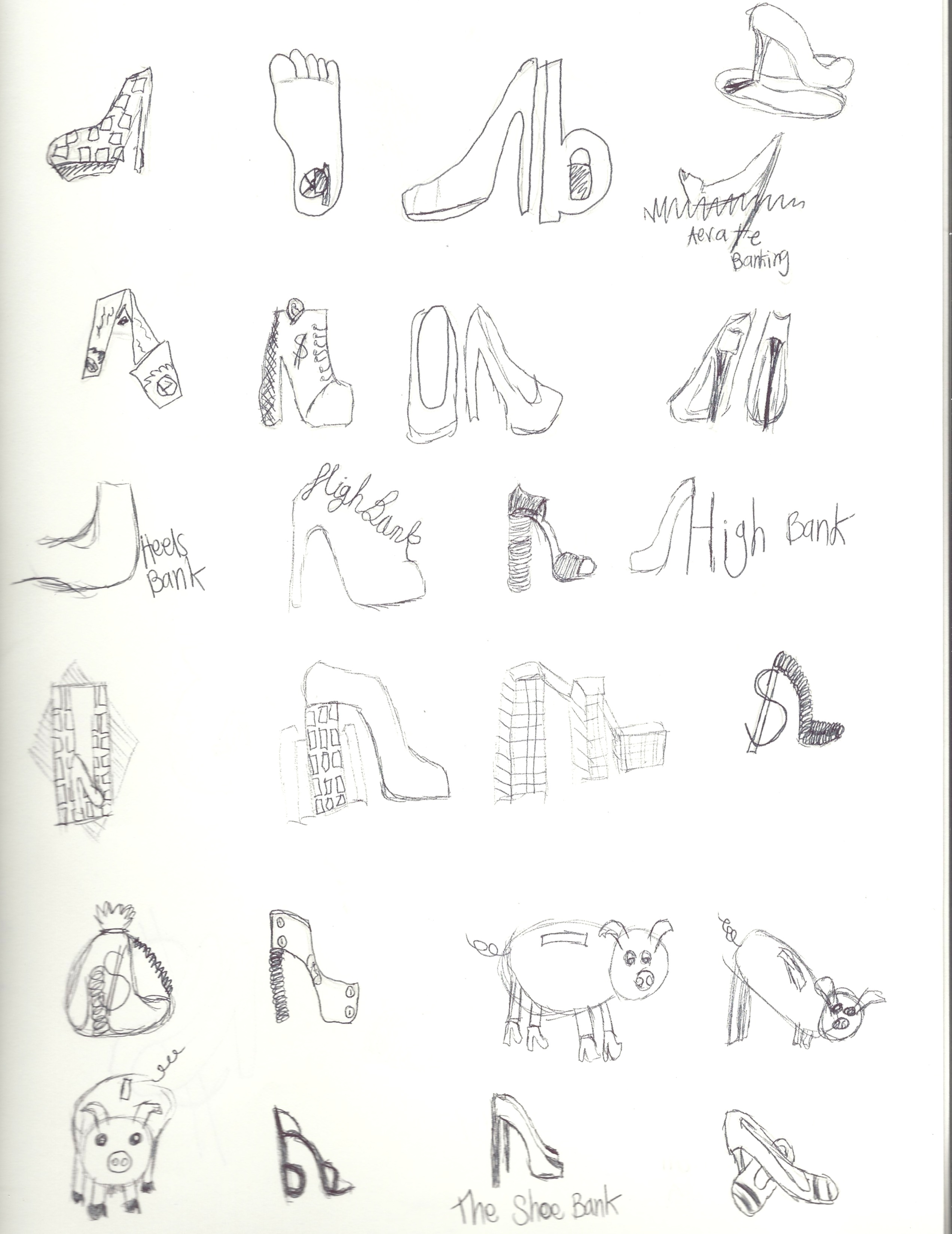 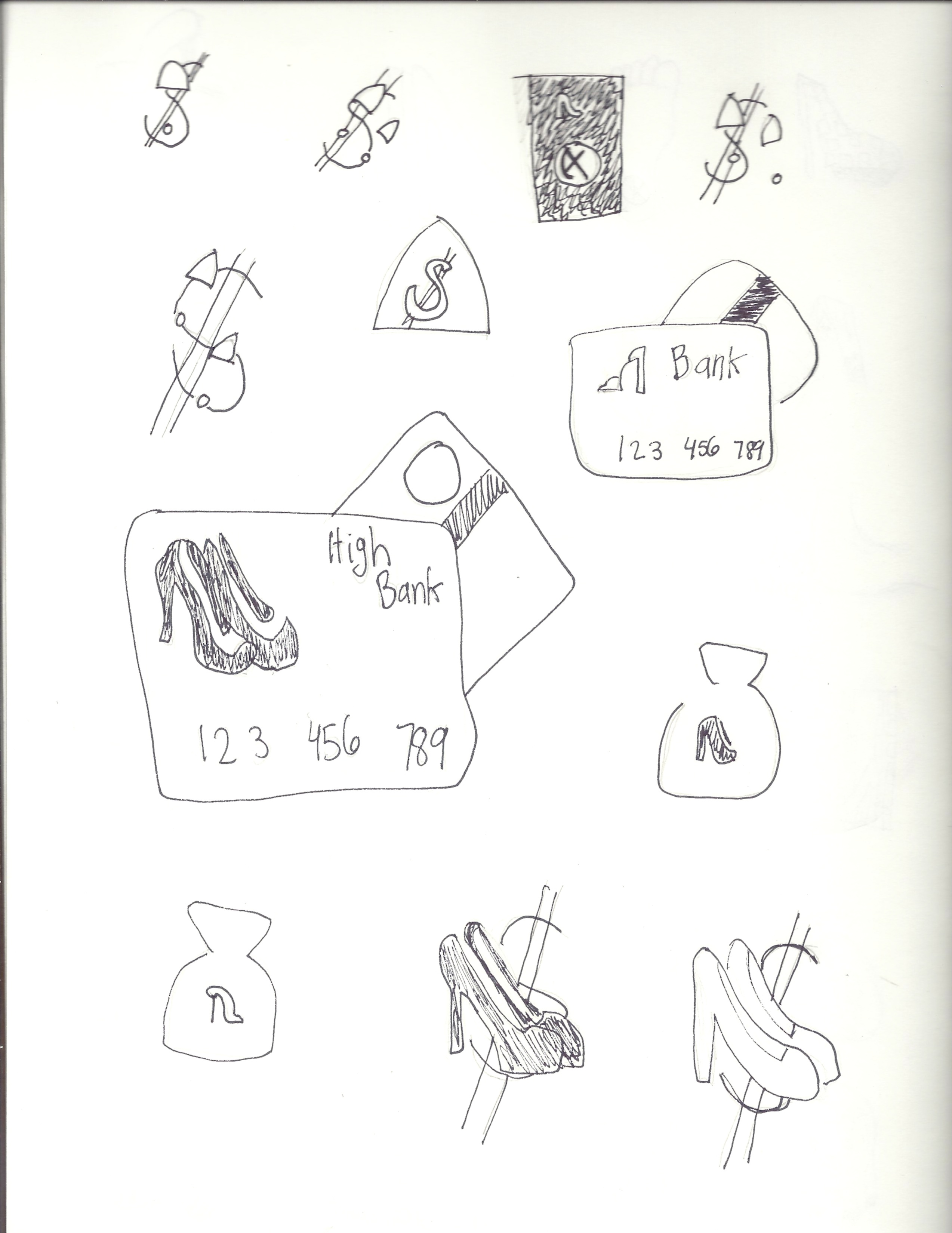 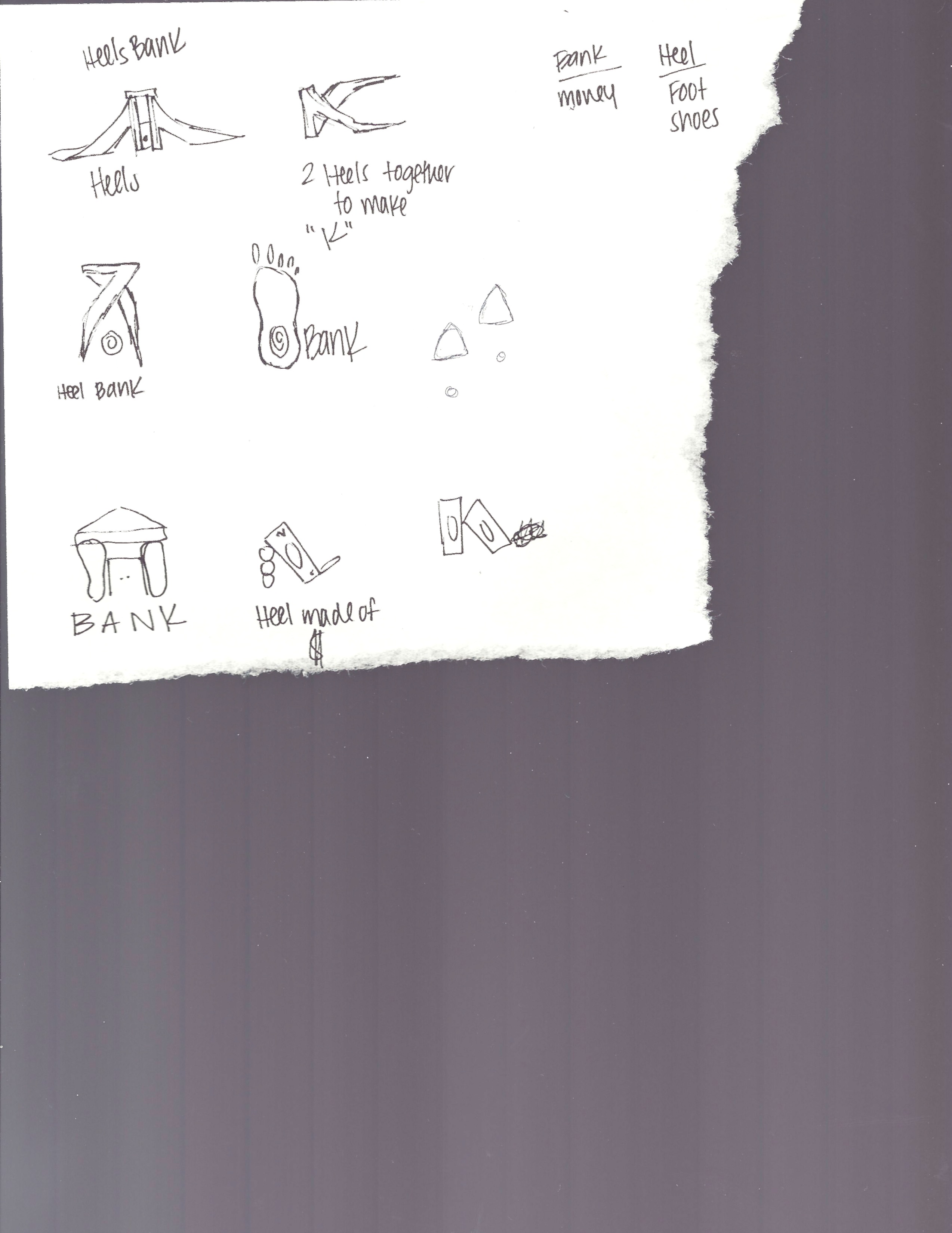 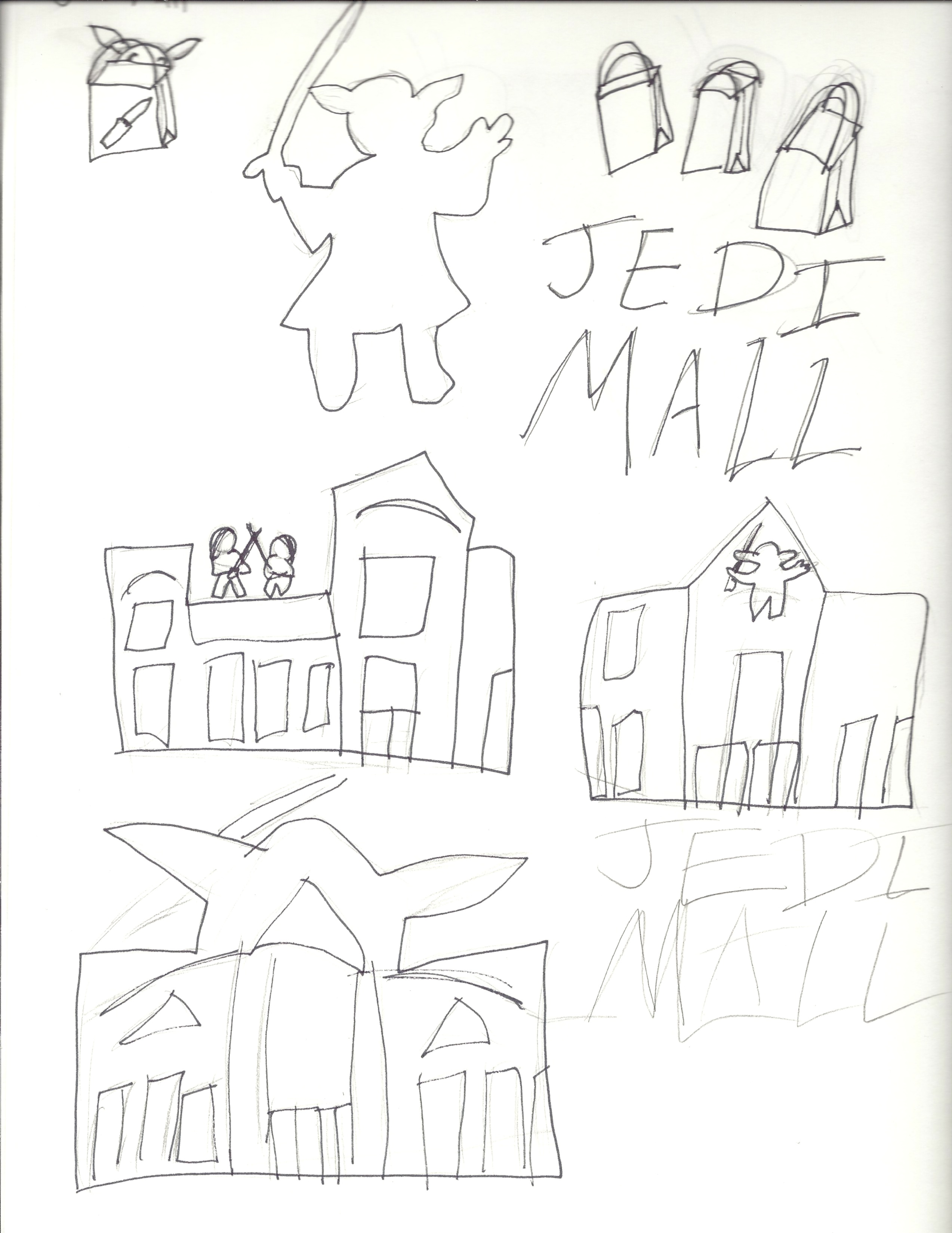 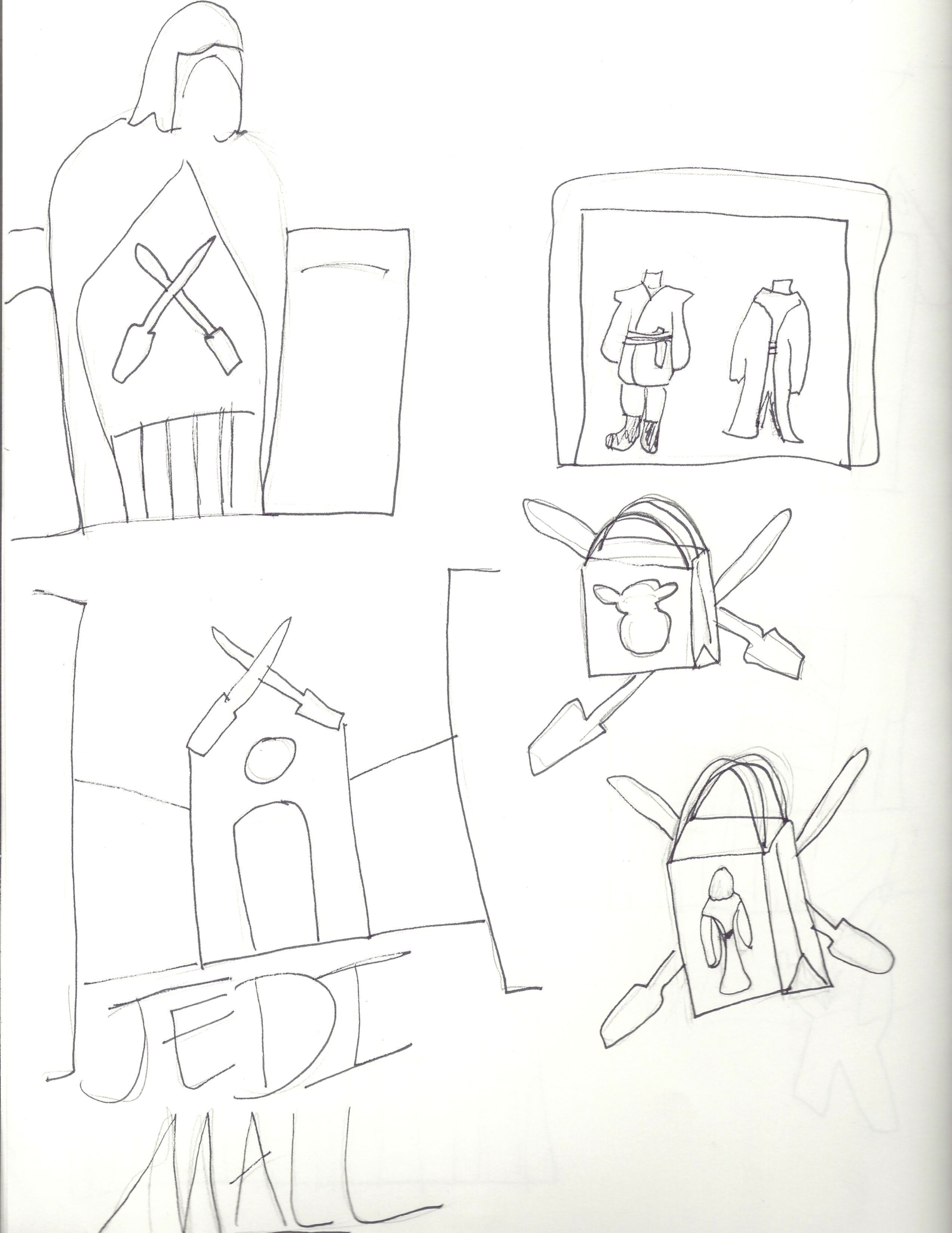 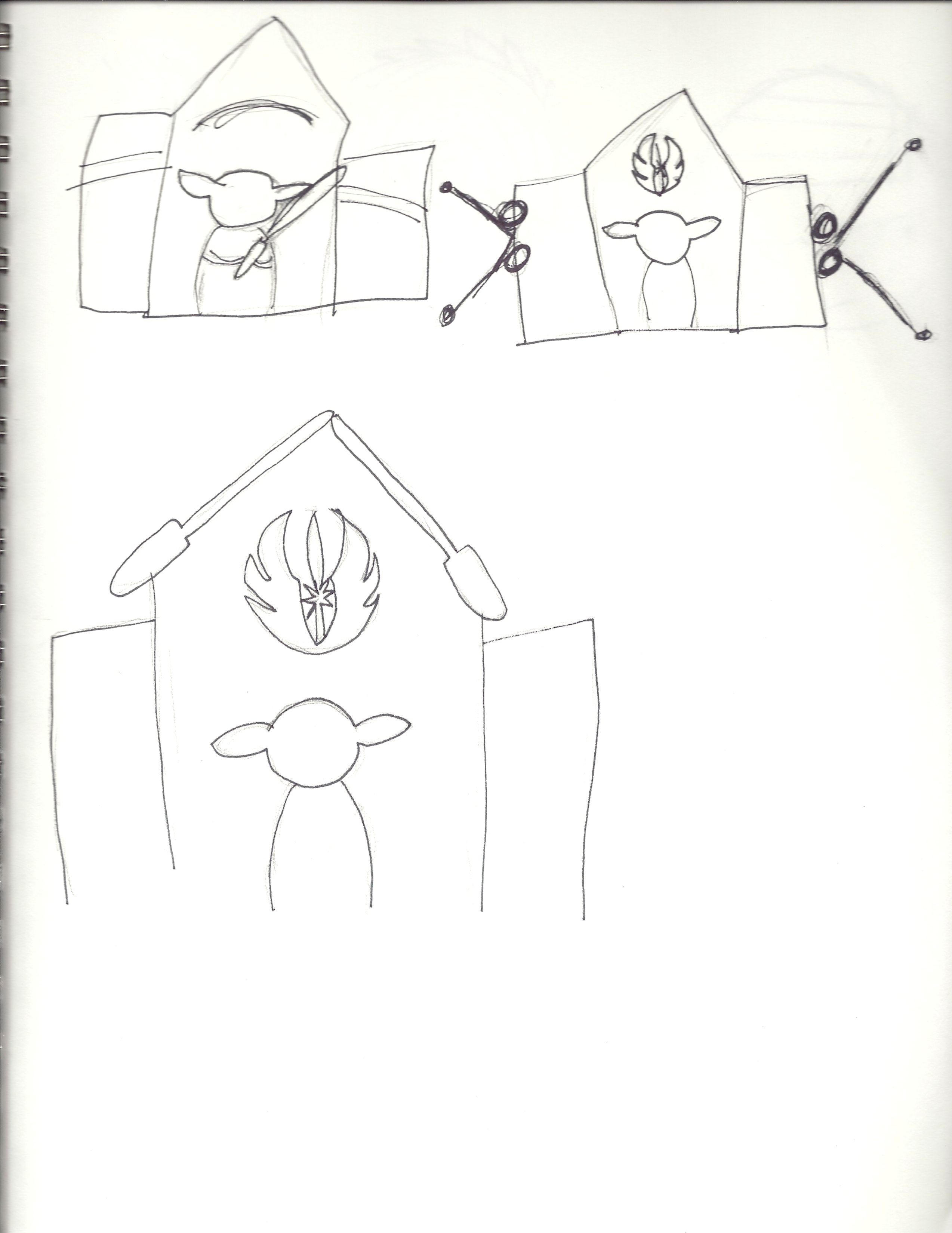 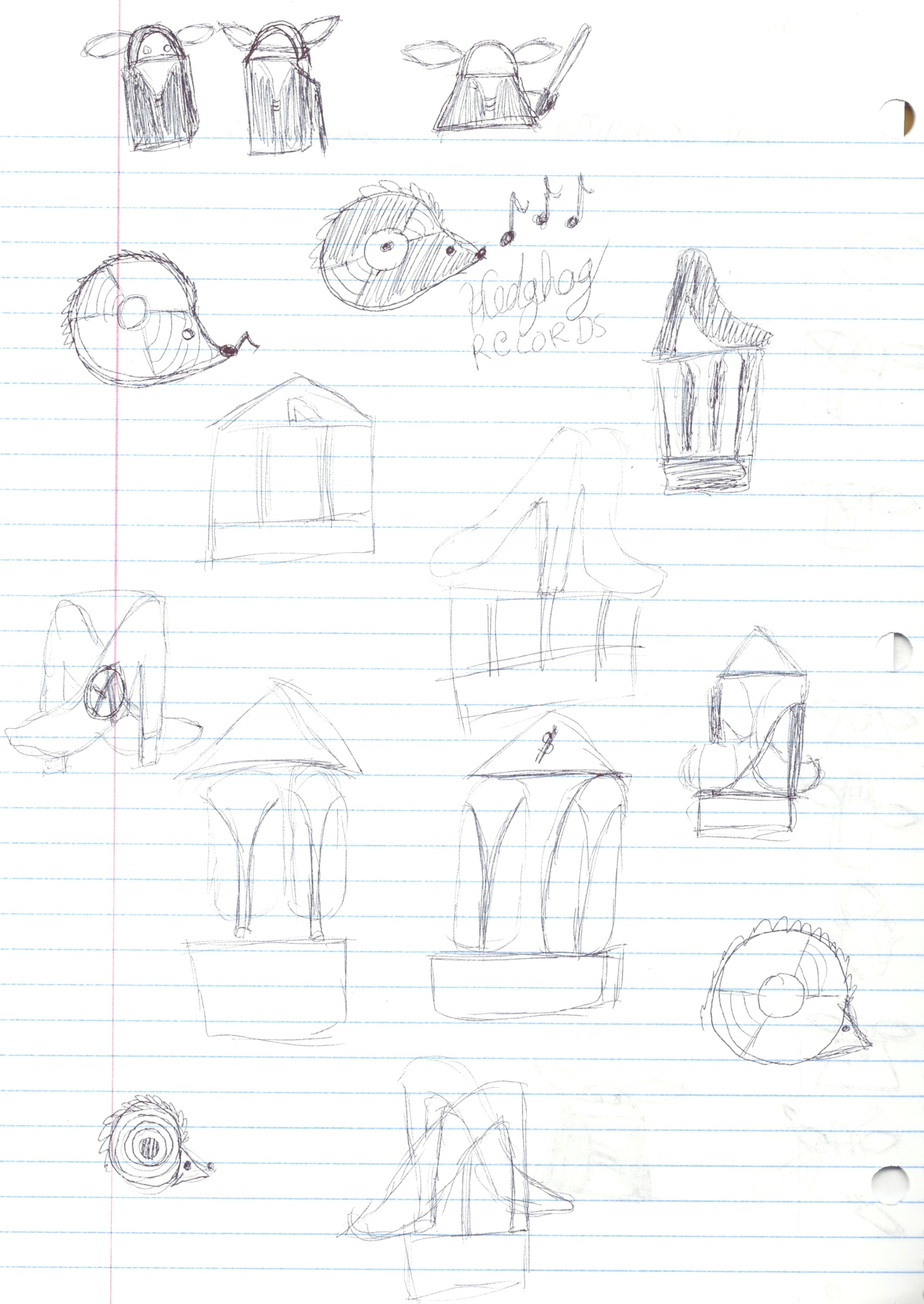 Next comes my favorite part. Converting your sketches onto the computer… I like this part because although I know that sketching is important, I don’t feel like I am good enough at it to express my ideas, where I think I come closer as I start doing it on the computer. I think a big part of the digital variations is deciding on how many to save. At how many different stages do you save a project? In this process, I learned to save regularly, because you never know what ideas you will revisit in the future. For example, my hedgehog Records, I had a few different versions. The one that I ended with was one that I though I was just doing for my homework, and not really something I was going to use, so I almost didn’t save it fully. It is a good idea to save it regularly so you can refer back to your previous ideas. You never know where you will find the inspiration that will really work.

Another reason that I like the digital variations is because it doesn’t take much. We talked about how many different files to save, and again, I would still save a good portion. However, you must figure out your direction, at least in a general sense before any of this stage makes sense. 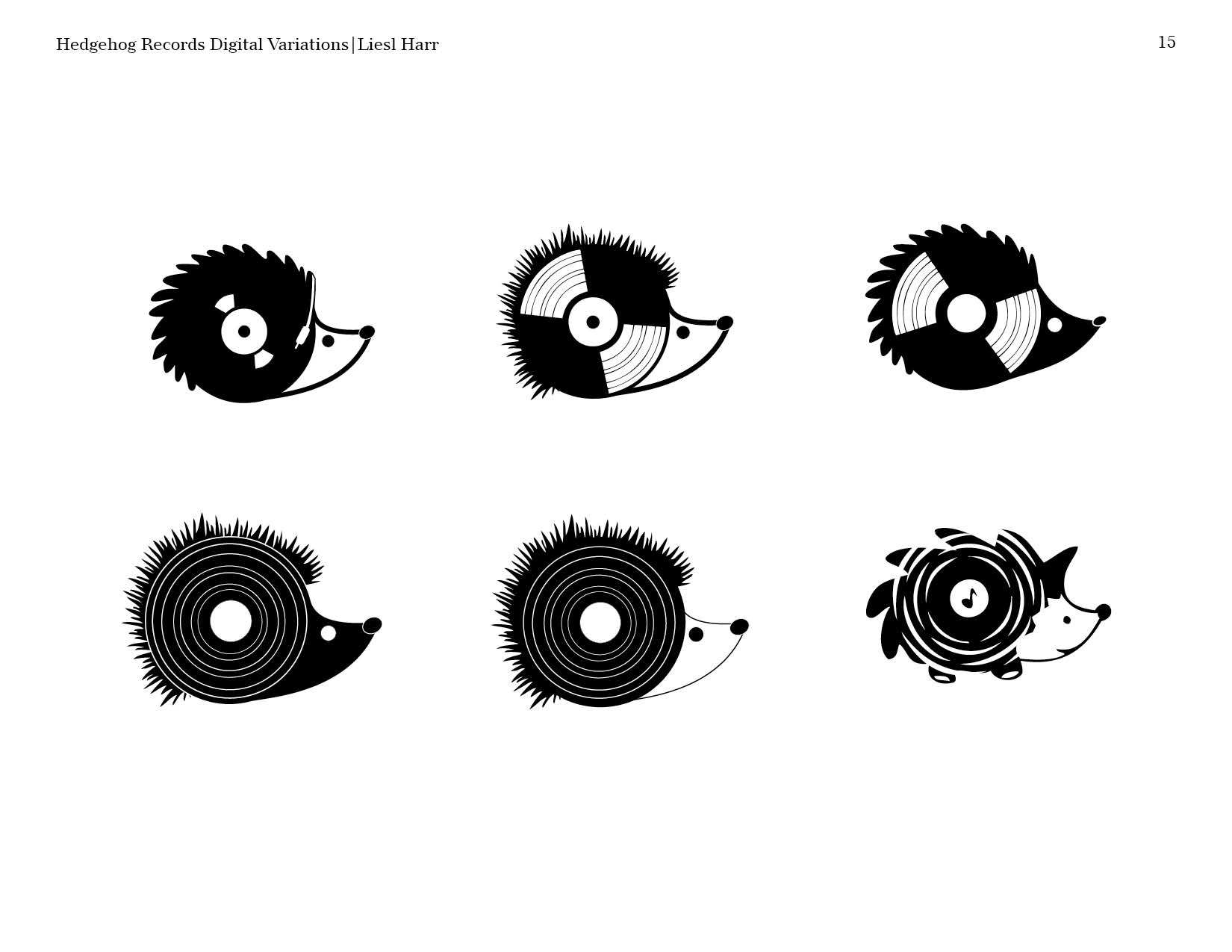 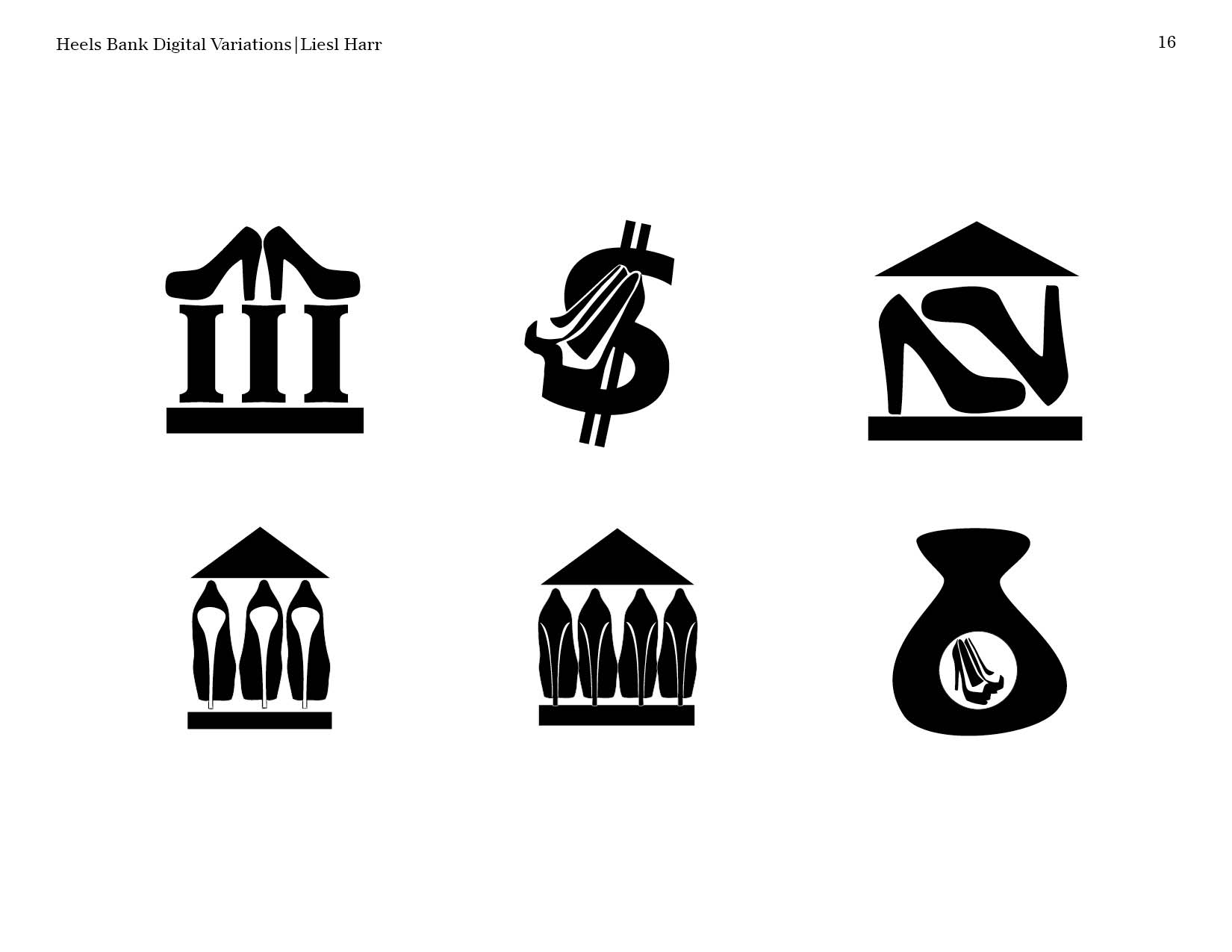 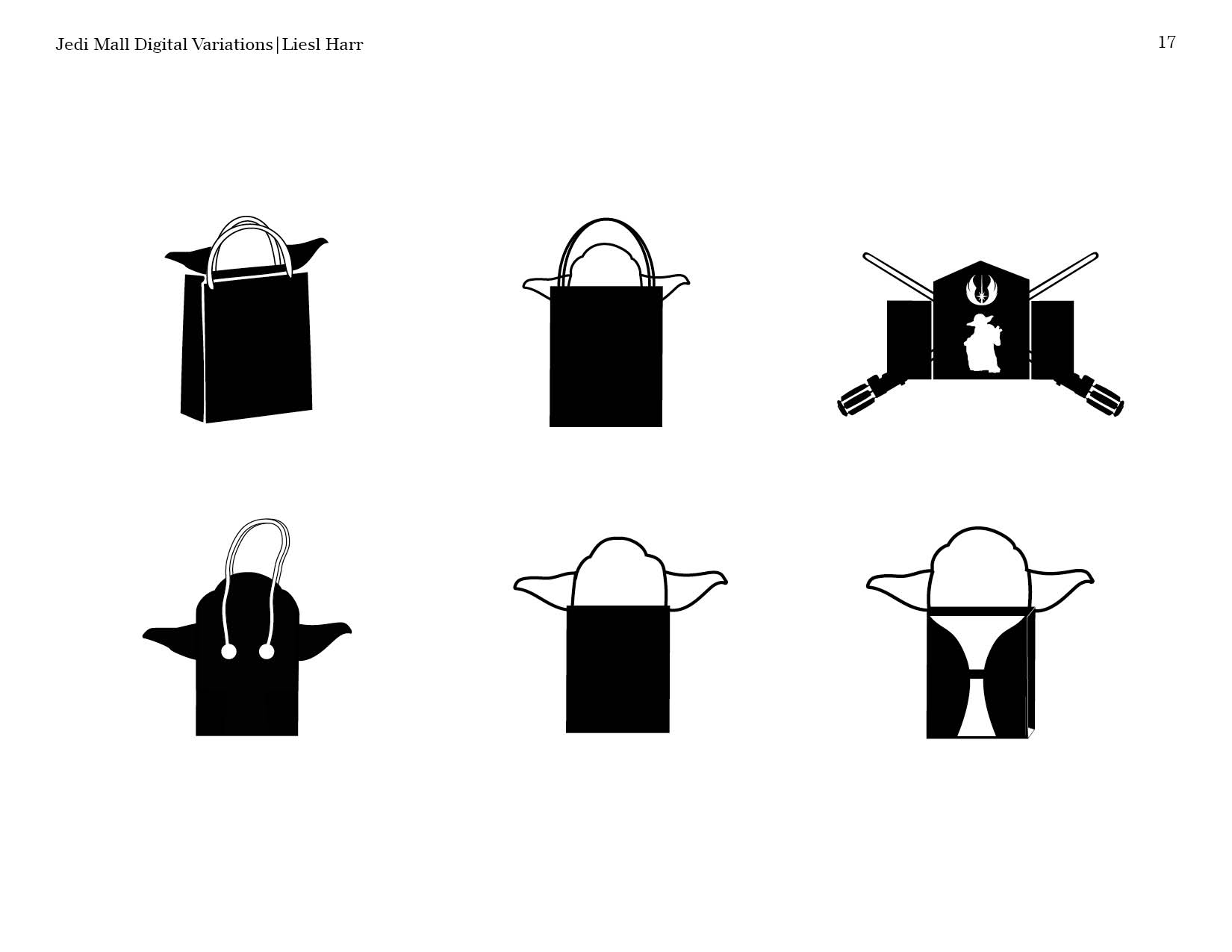 By this point I was getting a little tired of looking at my logos,. Not that I didn’t think they were good ideas, I just didn’t want to have to work on it any more. However, I think this exercise was also really helpful. It gave me a chance to look at that the different fonts, and to the message that they send out. Based on that message, it will help you decide what is going to work for you. What is going to portray the message that you want your customers to see. That message doesn’t really come just  by the content of the type, but also mostly about how you use the font that you choose to its best ability. I thought it was interesting that although I have a few favorites, they aren’t really the ones that will  work well for this project, much as I try. For example, the “Heels bank” idea had lots of different fonts attached to it looking for the professional feel of a bank. Who knew that would be so hard?

I learned again that it takes work to mesh the two elements together. I have often heard professors or professionals say that the main problem junior designers have is they don’t match the design with the type. It looks like it is just pasted on top of each other. I hope that I was able to integrate the two together, however, I still have a lot to learn. 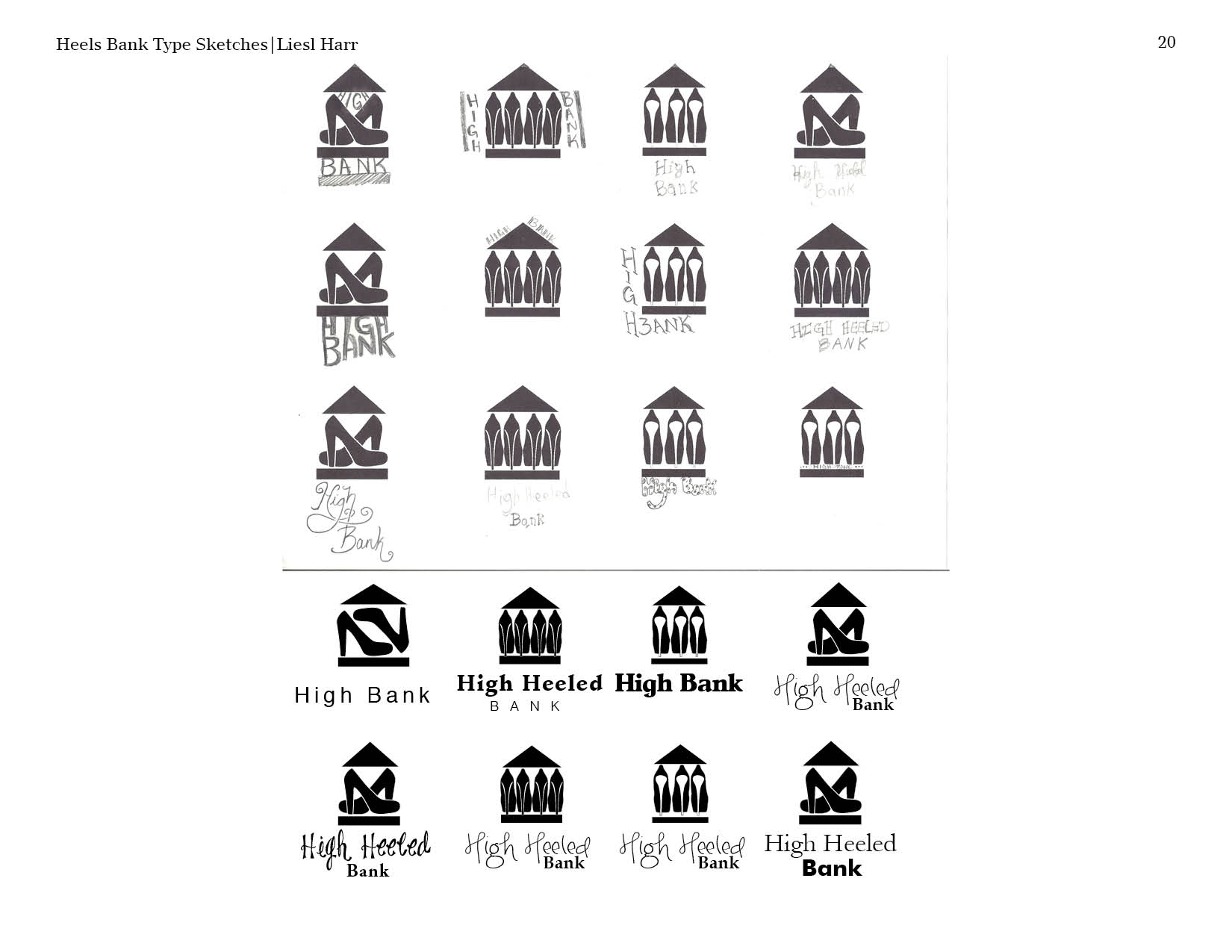 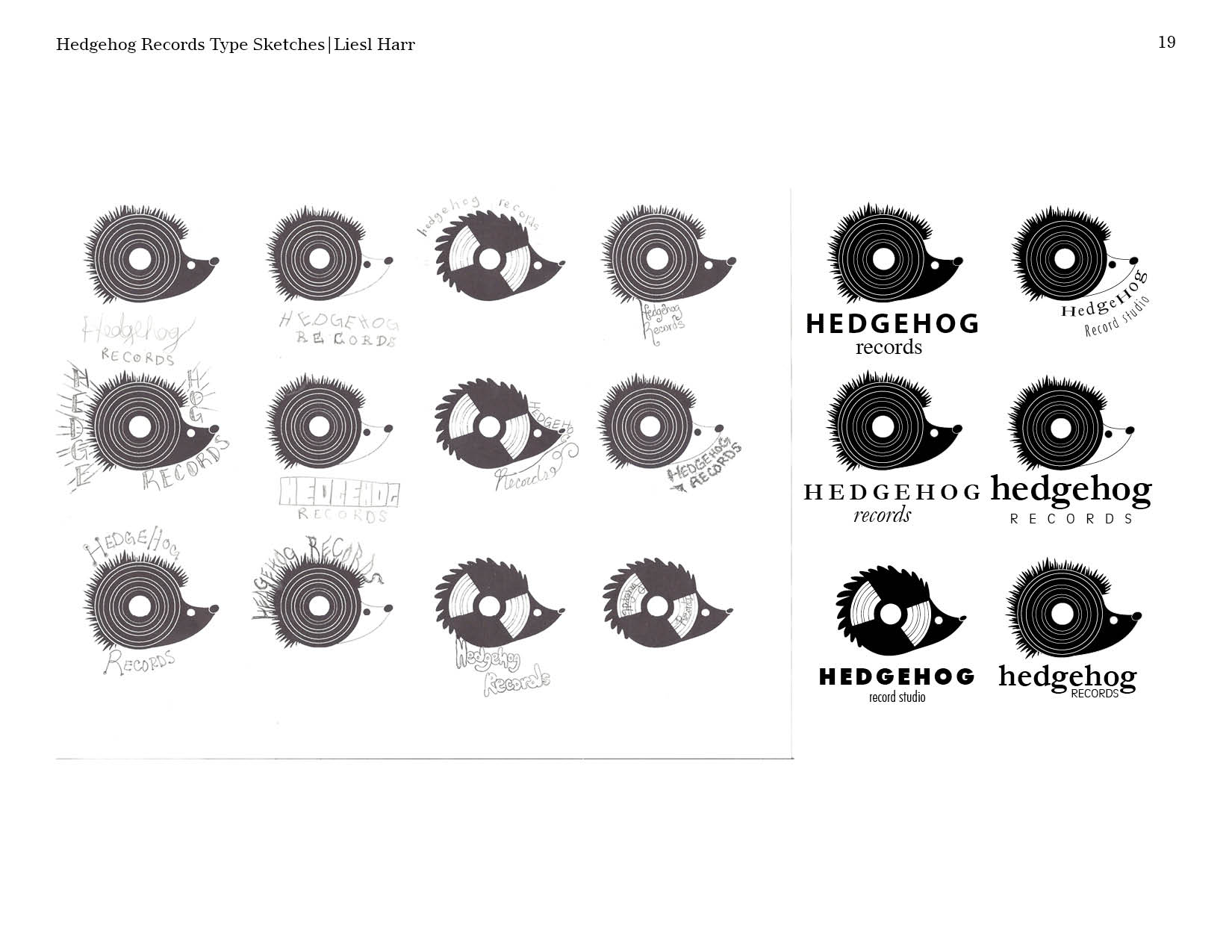 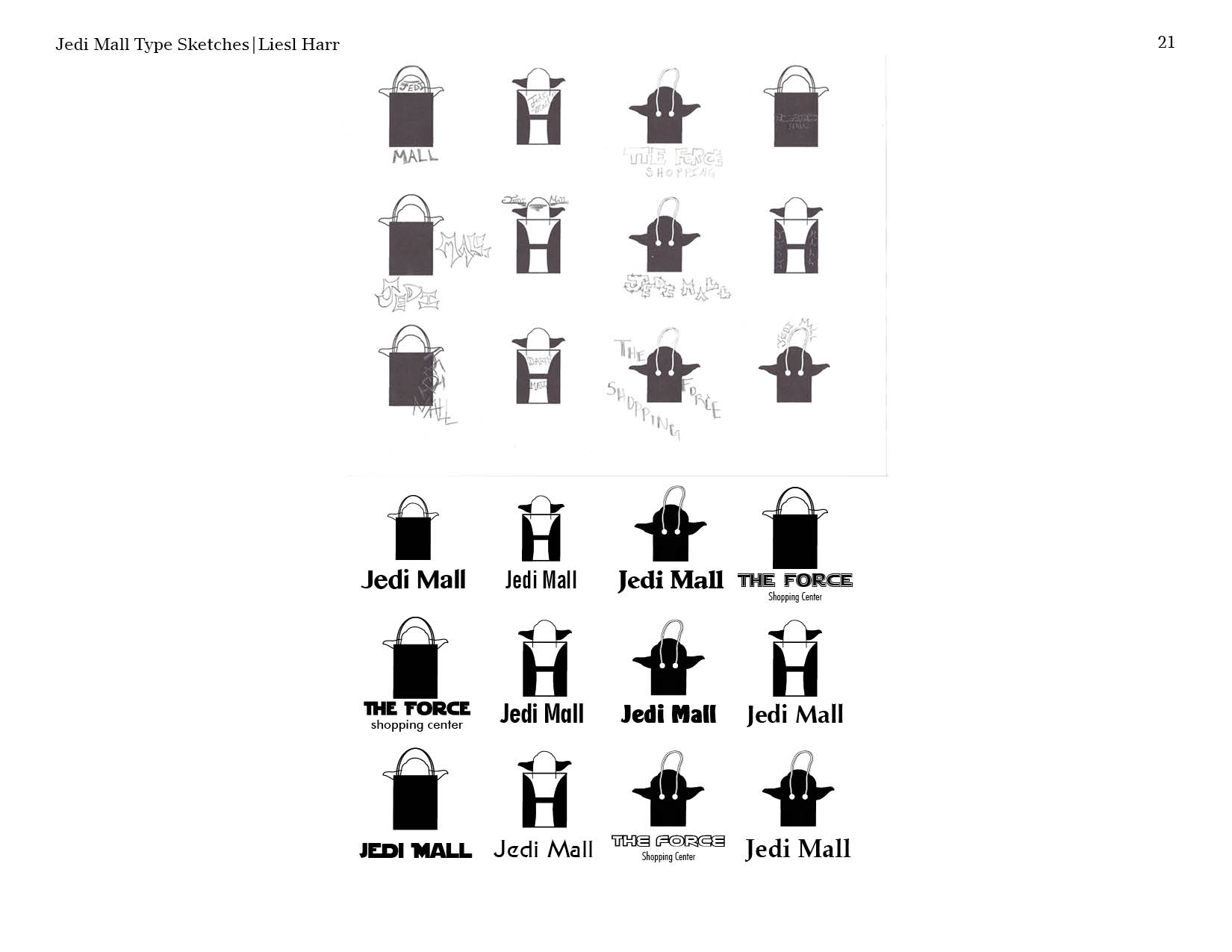 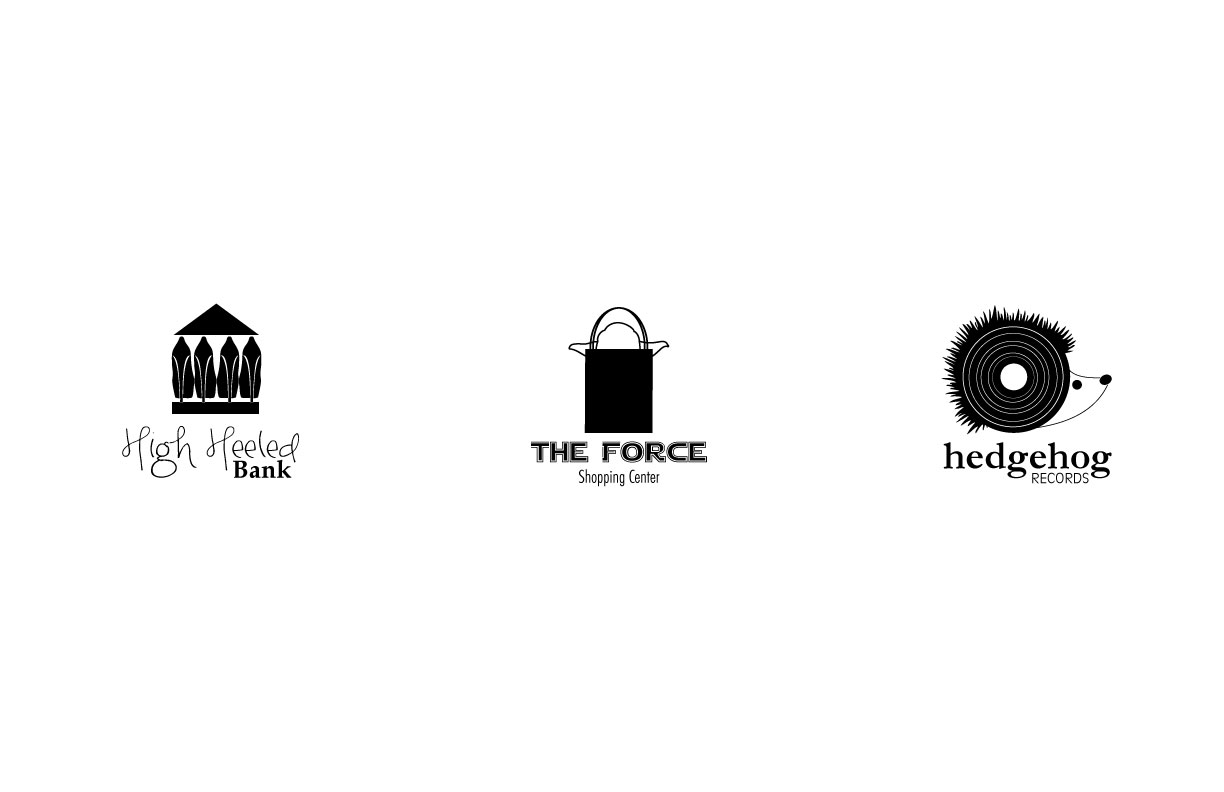 Is a project ever finished? Something that I tend to do, is fuss over the little things. I think that is part of why I spent so much time trying to get the Logos to look good. But at the same time, I often keep fussing until it gets almost to much. I think there also has to be a point where you cut it off and say that you have to be done. For example, this last weekend, usually I would have worked on this project all weekend, but instead, I went to SLC where they were holding a start-up business conference that my mom and brother said I should come to.  That meant that I didn’t have all weekend to work on my logos, and had to be ready on Friday when I left. I might still change them a little before getting them presented, but for the most part, they just had to be done, and that is ok. In the end, all that matters is that you do your best.

As I got to creating the final project, I started asking some of my friends what they saw in the symbol, and what they would change to make it more recognizable. This helped me wee what others thought of it, instead of my own bias. It was interesting to see what people came up with, and I hope that I was able to implement their ideas to make them as recognizable as possible. 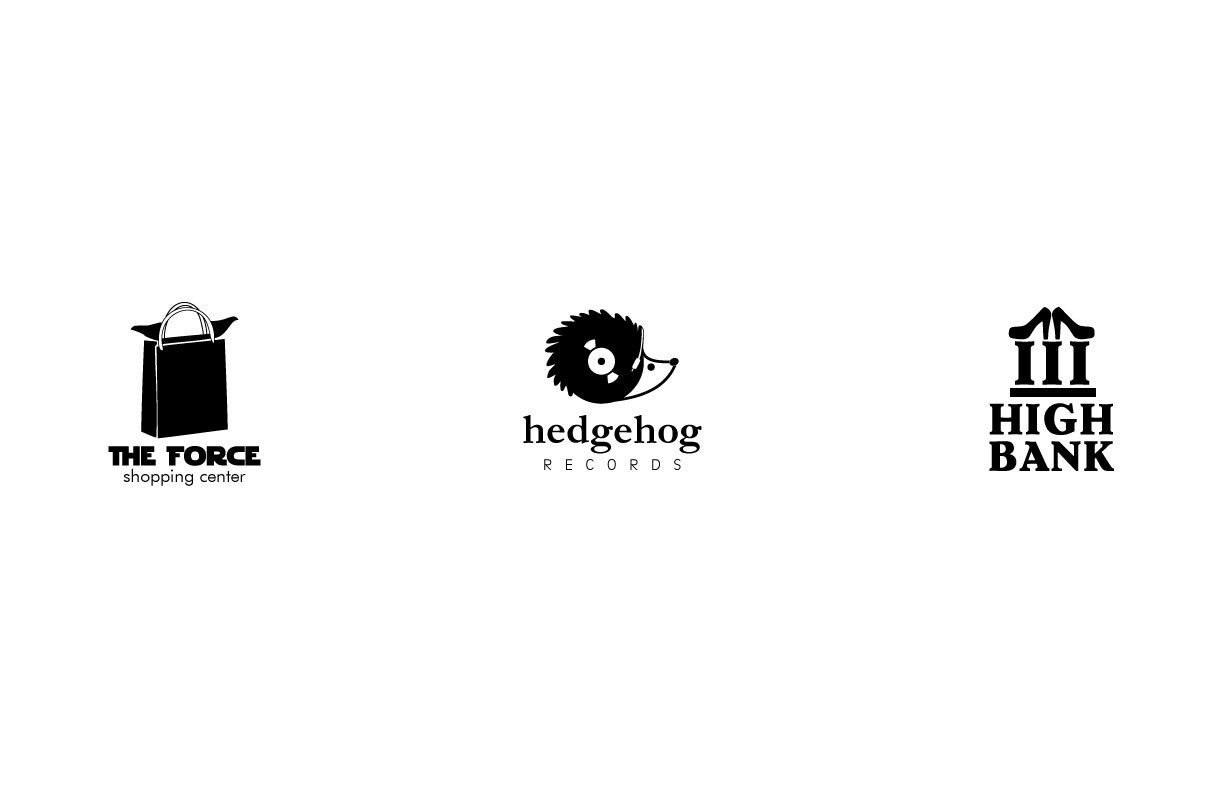 What have I learned in this process? I learned to keep pushing myself. Keep looking for ways that you can improve your ideas. Be willing to change. Don’t become so attached to your ideas that you can’t admit that it’s not working on change it to something that will. I learned to get more feedback from the beginning. Don’t be afraid of sharing what you have with other people, because they will have a fresh view on the situation, and most will offer suggestions when asked.

I learned to trust that I could come up with ideas. To often I think that I’m no where near good enough, and that the ideas I have for my own project aren’t even close, which isn’t really that good.

I mentioned that I went to that seminar this last weekend. One of the gentlemen that shared his story, said to give yourself a certain amount of time, and write down as many ideas as you can. Then start weeding out, and picking the best ones. But he went through more than 60 business ideas before he came down decide on one. I sketched more for this project, past the requirement. I think I have received valuable ideas through listening to other’s advice. My job in the creative field is to make those ideas become a reality. We have a process to help those ideas become real, and this class as a whole is to find how that development process works for me.